Next
Push button for menu

Attended the University of Missouri, Columbia and he is a 1983 graduate of the Dallas Institute of Mortuary Science in Dallas, Texas and he has been employed at Phillips Funeral Home since 1983.   He is currently the president of the firm and has served in that capacity since 1995.  Kevin is a Missouri licensed funeral director, embalmer and life insurance agent.  His civic involvements include service as a board member and president of the Eldon Chamber of Commerce,  board member and president of the Eldon Country Club, trustee of the Eldon Public Library and board member of the Eldon Economic Development Corp.  He has also served the City of Eldon as an elected Alderman on the Eldon City Council and was twice elected Mayor of the City of Eldon.  The Eldon Country Club added a second nine holes during his presidency and the City of Eldon located Delta Mfg., an automotive industry supply company employing 100 people, to the City during his tenure as Mayor.  Kevin is a licensed private pilot and has two children, Leah, a student at the University of Missouri, Columbia and Will a student at Eldon High School.

Gary Lynn Schofield was a graduate of Community R-6 High School in Laddonia in 1979.  He moved to Eldon in 1981 to work for Orscheln Farm and Home serving as manager until 1994.  Gary was then employed with America Building Products as area salesman from 1994 to 1996.

Gary has been employed with Phillips Funeral Home since 1996.  He is a licensed funeral director and licensed life insurance agent in the state of Missouri selling pre-need funeral plans for the company.  He is also educated in monument sales.

Gary is married to Christine and the couple have four children.  Gary is a member of the Church of Jesus Christ of Latter-Day Saints.

Margie (Mergelkamp) Brockmeier graduated from Eldon High School in 1979.  She was employed with her family at Mergelkamp Printing from 1976-1981.  She then owned and operated Brockmeier Construction Cleaning from 1986-1996.

Margie has been employed with Phillips Funeral Home since 2001.  She is the office manager and asst. general manager.

Margie is a member of Sacred Heart Catholic Church of Eldon where she has been teaching second grade religion since 1992. She and her husband John have three children.

Rick was born in West Plains, moved to Eldon, and is a 1975 graduate of Eldon High School.  He was a paramedic for the Miller County Ambulance District where he also served as President of their Board of Directors.  He is a retired Professional Firefighter and has been Miller County Coroner since 2000.  He is working at completing state requirements to become a fully licensed Funeral Director in Missouri. Rick is married to his wife of 33 years, Marsha.  They have 2 children and three grandchildren.  When Rick is not working, he enjoys watching NASCAR and charcoal grilling at his Eldon home.

Bob is the Pastoral Councilor at Phillips Funeral Home, in Eldon, Mo.  Bob graduated from Eugene Cole R-V School, Eugene, Mo. in 1967.  He also graduated from the Missouri State Highway Patrol academy, in Basic Law Enforcement in 1978 and Bob has various diploma's in Law Enforcement.  Bob also has diploma's in Psychology/Social Work and Funeral Service Education from the Stratford Career Institute.

Bob is an ordained Baptist minister and he is pastor of a local Church.  He has been employed with Phillips Funeral Home since the summer of 2006.  Bob is also in charge of the Survivor's Grief Counseling.

Paul has been employed at Phillips Funeral Home since 1994.  He is a part time funeral assistant.  Paul is a member of First Baptist Church in Eldon. 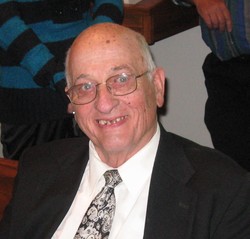 Walter was a funeral assistant for several years at the funeral home.  He relished the opportunity to interact with everyone in the area and be a voice of positive encouragement.  Walter’s sense of humor, sincerity and Christian values are greatly missed by everyone at the funeral home as well as the greater Miller County community.